Giant real-estate developer Phu My Hung Development Corporation has announced plans to invest trillions of dong to upgrade infrastructure and amenities at the Phu My Hung City Center in HCM City’s District 7 in the next three years. 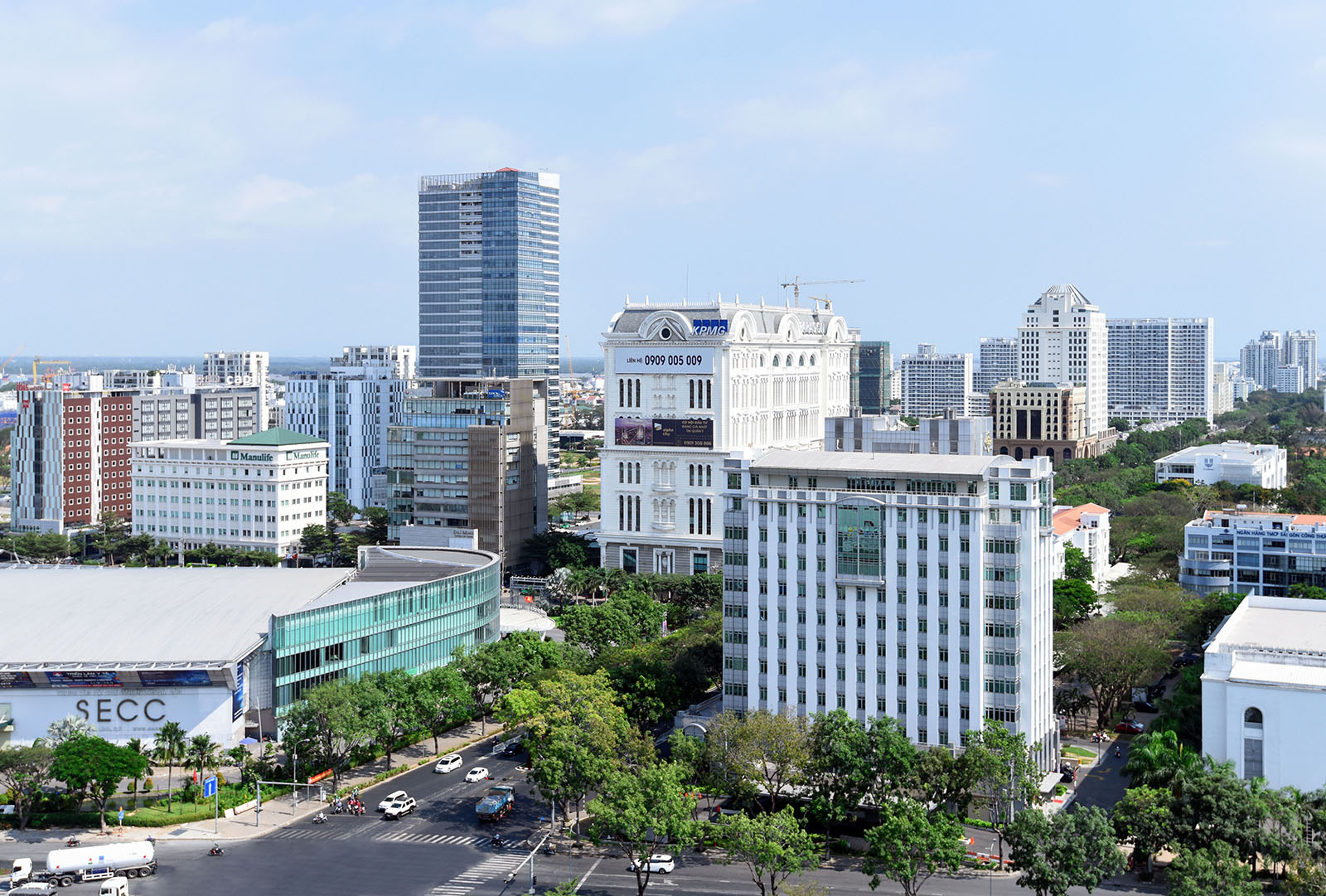 The appearance of the Phu My Hung City Center will improve day by day with the development of new infrastructure and amenities.

In over 25 years of development the Phu My Hung City Center has become an ideal destination for both Vietnamese and foreigners (50 per cent each of the 30,000 residents) to live because of not only good quality housing but also infrastructure that is constantly upgraded and every conceivable facility like an entertainment centre, exhibition centres, shopping mall, food and beverage centres, and parks.

Roads are upgraded and widened, new shopping and retail centres are built and more schools are opened.

Explaining why the company keeps investing money in infrastructure, a Phu My Hung Development Corporation’s representative said plans for developing housing are not based on demand and supply of the market but on the condition of infrastructure.

It means every time a new housing project is finished and people start living there, all infrastructure and amenities should already be in place, he said.

The Phu My Hung Development Corporation announced that a number of infrastructure works are set to be finished this year.

The Ca Cam 1 Bridge, which cost US$4 million, is the first infrastructure work put into operation at the end of 2018. It is an existing bridge that was enlarged to measure 100m long and 20 metres wide and has four lanes.

The bridge, on Tan Phu Road and spanning the Raïch Caû Caám River, plays an important role since it connects the Southside District and the Commercial and Financial District in the Phu My Hung City Center.

The construction of Ca Cam 1 Bridge makes much sense because many new projects have been completed in the Southside District like the Happy Residence and Nam Phuc Le Jardin.

Ca Cam 1 is the sixth and last bridge to be built in the Phuù Myõ Höng City Center and completes the city centre’s transportation infrastructure.

Along with Ca Cam 1 Bridge, Phu My Hung Development Corporation this year will also focus on upgrading inner roads and other infrastructure.

In the second quarter of this year the expansion of Nguyen Van Linh Parkway from Nguyen Thi Thap to Tan Thuan Industrial Zone will be widened from six lanes to 10 lanes. 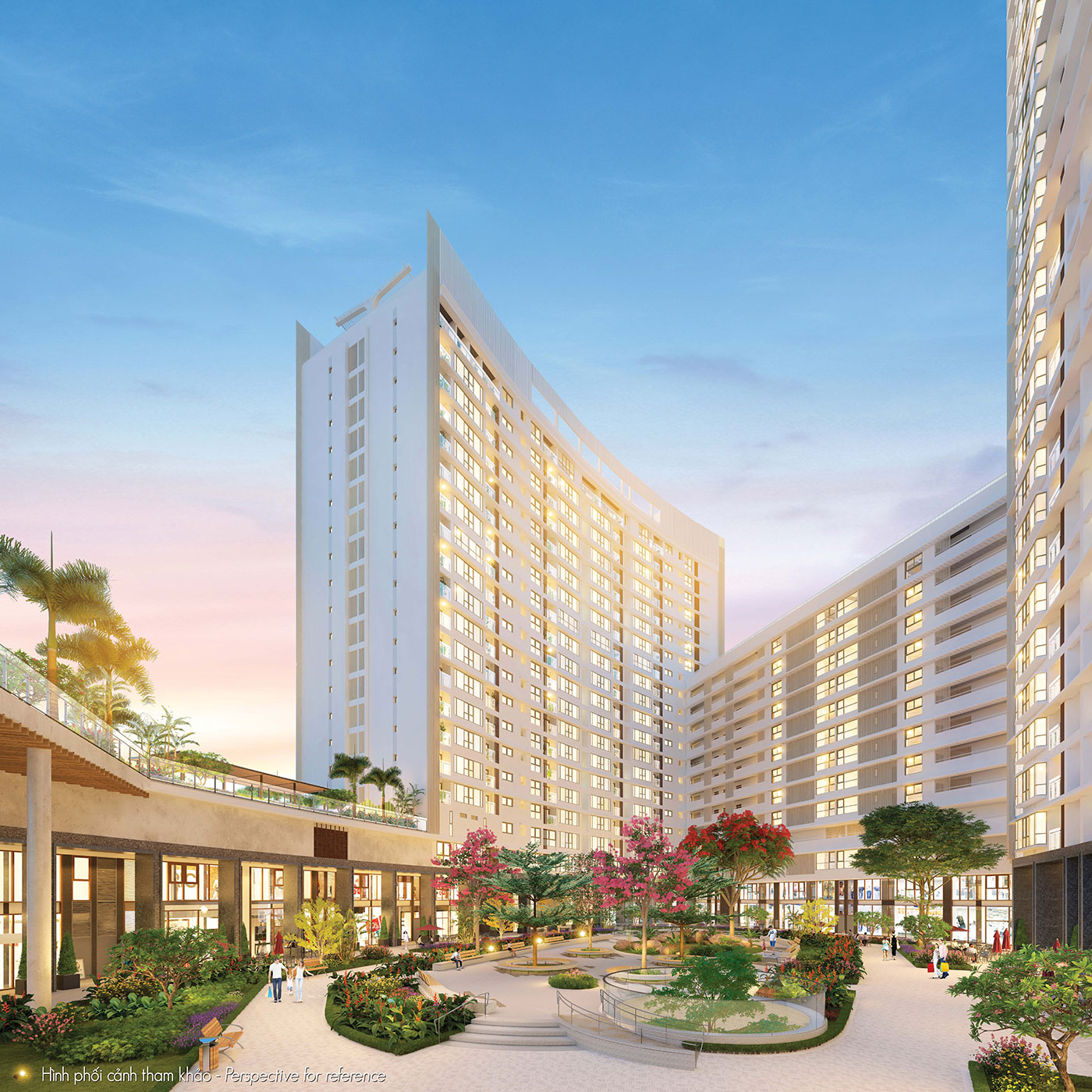 The Peak (M8A), the masterpiece of Phu My Hung Midtown and the most beautiful development there, will be launched in March 2019.

Creating green areas was among Phu My Hung Development Corporation’s targets while developing the Phu My Hung City Center, and it has built dozens of gardens there.

This year two more parks would be built and they would be among the 10 largest parks in urban areas anywhere in Viet Nam, the corporation said.

One will stretch from Tran Van Tra Street to Thay Tieu 2 Bridge and measure 88,900sq.m. The other park, Wonderland, situated in the Recreational and Cultural District in Phu My Hung City Center, will spread over 44,296sq.m.

The two parks will have many paths for local residents to walk and enjoy the fresh air.

Previously, a similar park was built in The Crescent and became popular with local residents.

The remarkable Sakura Park, the first of its kind in the country, will also open this year.

The park to be built along the Phu My Hung Midtown Project will have its first phase completed in the second quarter of this year. It will be finished at the same time as The Grande and The Symphony apartments.

For over 25 years Phu My Hung Centre has been home not only to residents; it has also been chosen by many companies to open their offices and by retailers to expand their business in Viet Nam.

The company has stepped up investment to meet the increasing demand for office buildings in the area.

They will come up in The Crescent District and two main roads, Nguyen Van Linh and Nguyen Khac Vien.

To be finished in the last quarter of this year the two buildings will add to the market over 65,000sq.m of retail and office space. 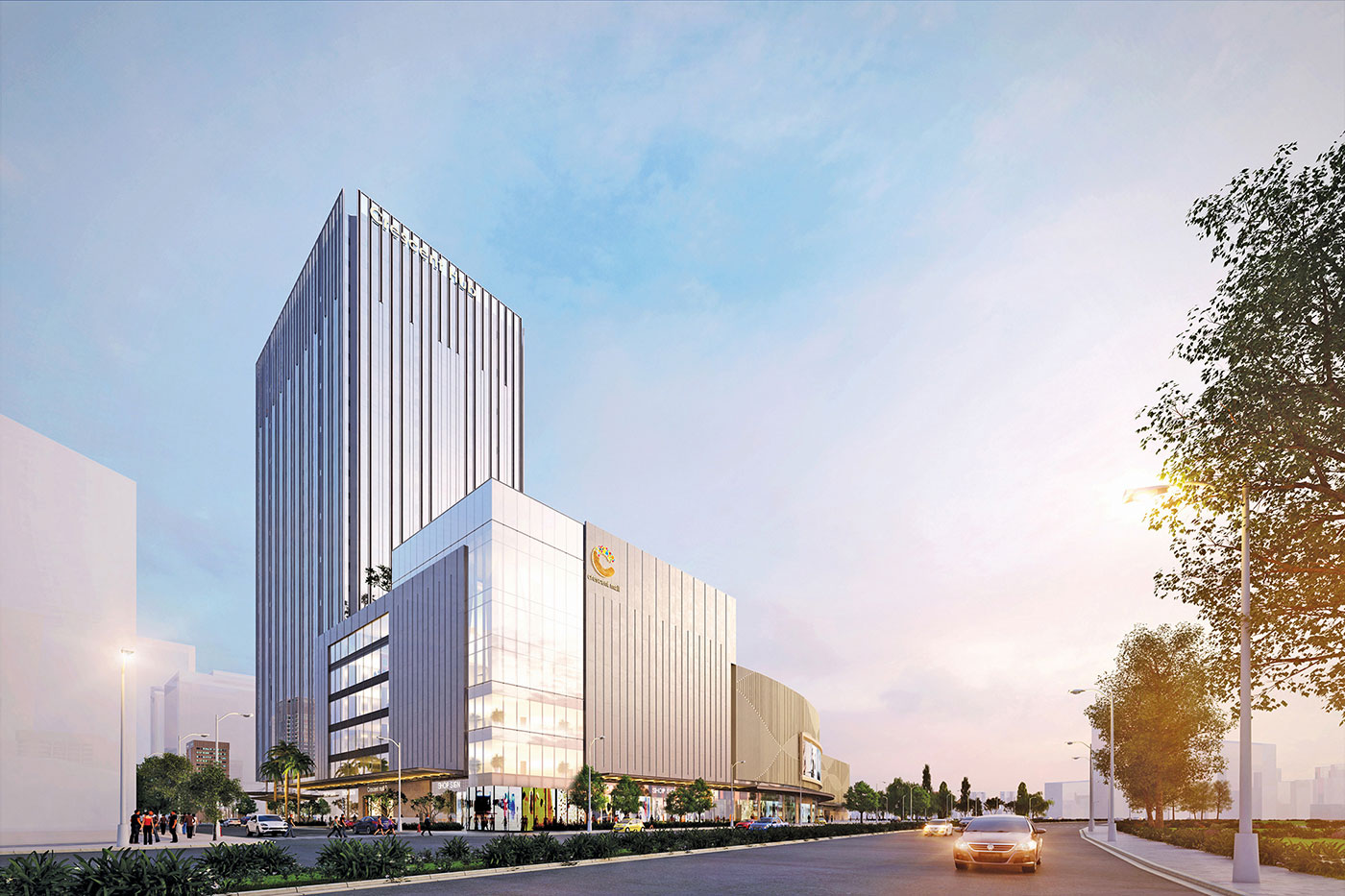 Crescent Hub and Crescent Mall phase 2 will add to the market more retail and office spaces as well as amenities once they are completed this year.

Phu My Hung said many other office and retail projects are also under construction in The including the UOA Tower to be built by Malaysia’s UOA company, an 24-storey complex of office and retail spaces. It will come up on a 45,000sq.m plot of land.

The expansion of Dinh Thien Ly School – phase 2 will also start this year at the Commercial and Financial District. Its first enrollment will be expected in 2021.

This year a new amusement complex, the Saigon South Marina, would be opened, Phu My Hung said. The 4,000sq.m, 3-storey complex will be on Tran Van Tra Street. It is built by Ngoâi Sao Vieät Company

It will have space for outdoor events like music shows, exhibitions and fairs. It will also be an ideal place for organising weddings and BBQ parties.

Saigon South Maria will have a wharf for river buses connecting Phu My Hung with other regions in the city.

Unlike infrastructure projects, there is a limit on housing projects now, the corporation said.

The developer said only 20 per cent of the remaining land would be used to develop housing projects, all of which would be high-end ones. One of them is The Peak.

The Peak – The best of the best

The Peak will be the last development in the complex known as Phu My Hung Midtown that the company has developed for the past two years in the South District.

They would be sold block M8A The Peak in this quarter of this year, it added. This block owns the best location in the Midtown complex that overlooks the scenic river. Beside the stunning landscapes, The Peak is also invested many high-end amenities, materials and services.