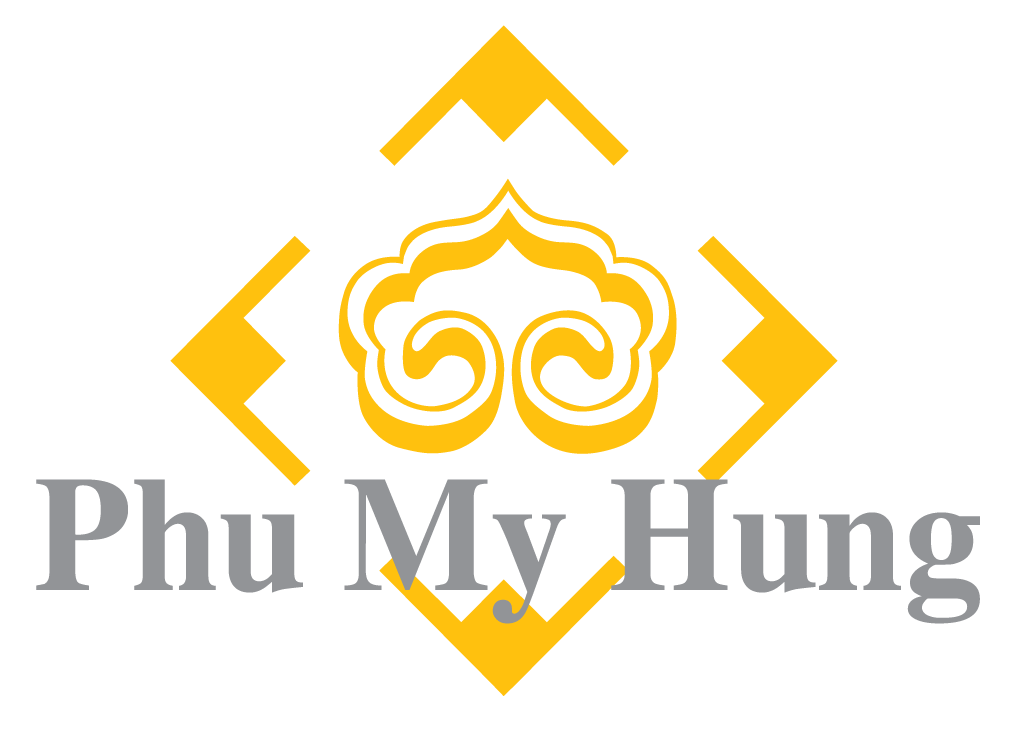 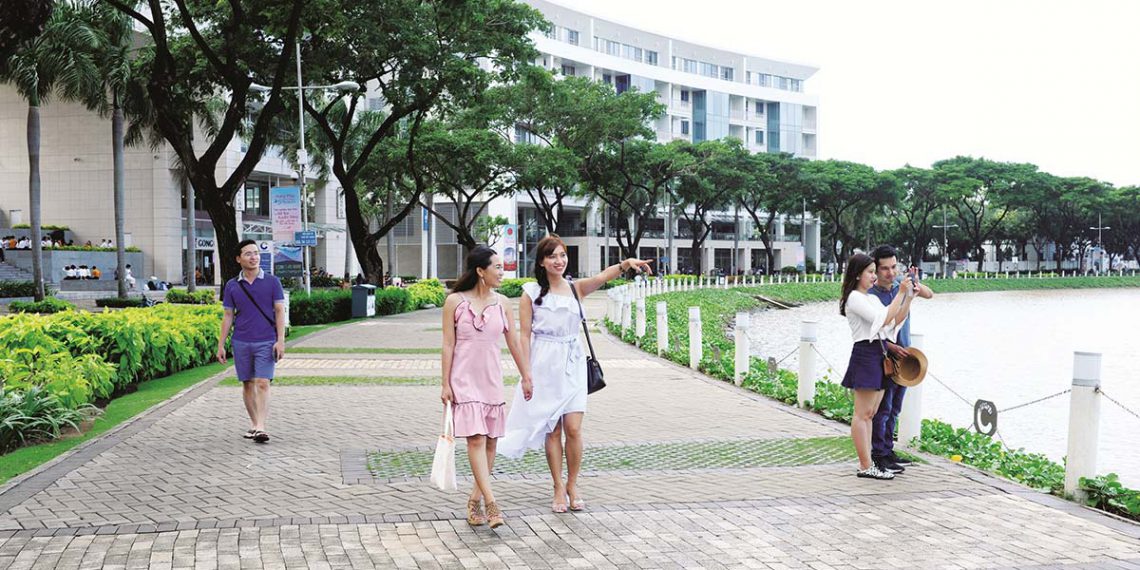 Looking at the map, it is easy to recognize Phu My Hung as a small archipelago floating on the water surface formed by the rivers: the Rach Roi in the south, the Thay Tieu canal cutting in the middle of Crescent Lake, the Ca Cam canal…, along with small tributaries of the three rivers surrounding the urban area. The eight subdivisions of Phu My Hung City Center (Recreational and Cultural District, Hillview District, Canal District, Medical Campus District, Crescent District, International Commercial and Financial District, Midtown District and Southside District) are almost small islands of this archipelago. It is such terrain that has helped to form many unique riverside promenades of this urban area. Below we introduce some of those “riverside love roads”.

THE ROAD ALONG THE RACH ROI RIVER OF THE RIVERSIDE

The road has a small, solidly built walkway on the side of a wide lawn, riverside trees. Along the way there are small stone benches to rest, the sound of birds chirping when the sun rises in the morning.

A wooden paved path looming over green grass, the curved path that is not lined up, naturally crept by the river. Far away the sound of motor-boats on the river reminds of the rivers in the Mekong Delta. Across the river is the typical landscape of the old Nha Be: water coconut and submerged trees.

The riverside road is quite similar to the roads in riverside cities on the Tien and Hau rivers. Across the street is the busy trading area of Tran Van Tra street stretching from Nguyen Duc Canh street, the main road axis of Phu My Hung.

This is a road along the Ca Cam river with Sakura Park. It’ s a new destination of Ho Chi Minh city. Phu My Hung spends a lot of money to make this Sakura park. 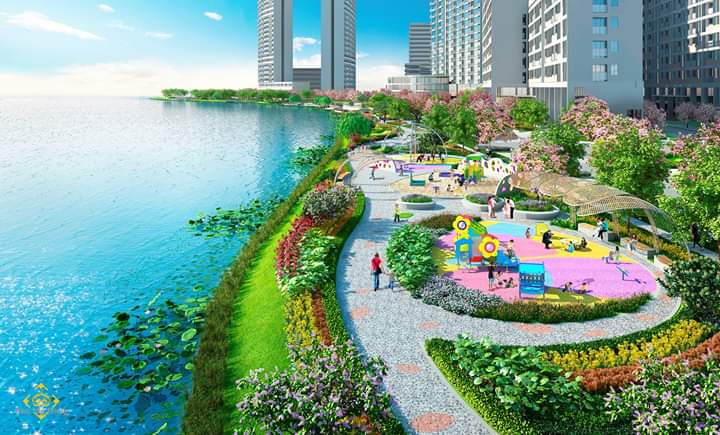 THE FAMOUS RIVERSIDE ROADS OF THE CRESCENT

The famous riverside avenue named Ton Dat Tien of Phu My Hung, where important community activities take place such as Lawrence S.Ting Charity Walk, Phu My Hung Spring Flowers Festival and other festival activities. The river here is a branch of The Thay Tieu canal which crosses the urban area. In the middle there is an island that preserves typical native species. The road starts from Crescent Mall through restaurants and offices along the route and ends at the famous Starlight Bridge.